My pool turned green AFTER adding chlorine. Why is that?

Home » Blog » My pool turned green AFTER adding chlorine. Why is that?

I’ve noticed this a lot on estimates. So much so it’s probably the most puzzling thing to people. They are perplexed why their pool turns green after adding a bunch of chlorine to the water. I’ll touch on a few reasons for why this happens. In fact the featured photo is a client’s pool that had this same issue. He was at his whit’s end because he didn’t understand it.

High PH: Chlorine works better at a lower PH. The recommended PH level is between 7.2-7.8 with 7.5 being ideal. Chlorine works more effectively at 7.2 than it does at 7.8 even though a PH at either of those two are considered acceptable. So when your pool’s PH is at 8.0, 8.2 and above it’s not working as efficiently. This would rarely be the reason why your pool would turn green but it certainly is a contributing factor.

Filter Run-time: If you pool is not turning the water over at least once a day then it could lead to your water turning green. We really need all of the water to cycle through the filter daily to clean it in order to rid the water of contaminants. This holds true especially in the summertime. Generally speaking we need the filter to be running 8-10 hours a day during the summer time mainly because to the higher temperatures and higher bathing loads. Both are responsible for eating up your available chlorine which can turn into a green pool. In the winter time you can get a way with 4-6 hours. So make sure you have your pool system running adequately each day.

Not Enough Chlorine: I know this seems laughable but it does happen. I took over a client who’s previous company stated they had a 8,000 gallon pool. After I measured it out it actually was 14,000 gallons, nearly double. So it was impossible for them to put enough chlorine in the water for their sized pool because they were dosing for something nearly twice as small. So make sure you’re putting enough chlorine in your water to keep it clear!

Too High Cyanuric Acid Level: This is probably the NUMBER ONE reason people have green pools after adding chlorine. In fact, this exact situation happened with 2 newly acquired accounts that we are fixing this weekend. Cyanuric Acid (stabilizer, conditioner, CYA) is essentially sunblock for chlorine. Too little of CYA and the chlorine burns off pretty quickly which can lead to a green pool. However, too much of it and it basically turns into handcuffs for chlorine and not allow it to work properly in sanitizing your water. The recommended range is 30-50ppm. If you’re approaching 100 or even more it’s time to correct it. The only way to reduce CYA is through water replacement which means a partial drain and refill. There is a specific relationship between CYA and chlorine. Optimally, your chlorine should be 7.5% of your CYA reading. So, if your CYA is 110ppm that means you need to keep your chlorine at a minimum of 8ppm to keep that relationship held true. That is double of of the recommended chlorine levels of 1-4ppm. See where I’m going with this? If you kept your chlorine at 4ppm you’ll get a green pool.

How does CYA get too high? Well there are two types of chlorine; stabilized and un-stabilized. Un-stabilized is liquid chlorine. Stabilized is the trichlor pucks (3″ tablets) or granular dichlor. The stabilized chlorine has CYA in it. So when you’re shocking your water or putting an endless supply of hockey pucks in your pool you’re adding CYA to the water and may not even be aware of it. Overtime, you will run into this situation because the stabilizer is too high. So just be aware of what you’re putting in your water. I’m a big advocate for liquid chlorine because you are not adding CYA when you sanitize your water. Stabilized chlorine is great for certain applications, but your standard liquid chlorine is the best for daily/weekly sanitizing.

So there you have it. That’s not all of the reasons why but certainly some more of the main culprits of green water after adding chlorine. 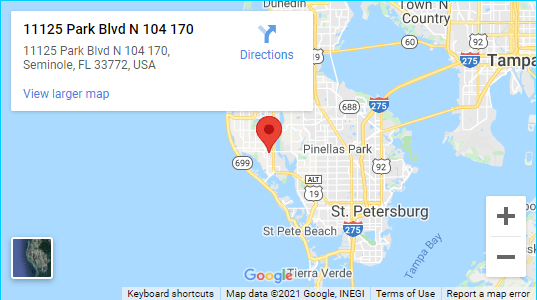